“Delta dispatch to all units; this marks our first official broadcast from E-Comm. I’m pleased to announce our transition has been successfully completed.” Those words by veteran Delta Police Department (DPD) dispatcher Karen Irwin marked the official transition of DPD call-taking and dispatch services to E-Comm on March 1. The police agency integrated its dispatch into the emergency communication centre at 0726hrs.

“This is a significant advantage for the Delta Police Department. It allows us to better meet the community’s needs and expectations.”

Following the cutover Delta Chief Constable Neil Dubord noted that one of the key benefits of moving to E-Comm is the communication centre’s ability to draw upon its large workforce of highly-skilled call-takers during major events.

“Through our partnership with E-Comm we now have the ability to immediately increase staffing resources when required during high call volume events, “ said Chief Dubord.  “This is a significant advantage for the Delta Police Department. It allows us to better meet the community’s needs and expectations. ”

The value of consolidated emergency communications was demonstrated a week following DPD’s transition to E-Comm, when a late-winter storm combined with a high tide caused localized flooding in the Boundary Bay and Beach Grove areas. Water levels were pushed to 5.5 metres as cross-trained call-takers at E-Comm were on deck to support their newest dispatch partners. These same resources will be available to Delta residents during any future major event.

The Delta Police Board approved transitioning services to E-Comm after a multi-year evaluation. As Delta Mayor Lois Jackson, chair of the Police Board explained, the decision was made to ensure residents and the police department continued to have the best and most efficient service possible.

“We are longtime partners of E-Comm as all of Delta’s first responders use the organization’s radio system and E-Comm has also been dispatching for Delta Fire and Emergency Services for more than ten years,” said Mayor Jackson. “I am pleased with our new police dispatch partnership and am confident in E-Comm’s ability to provide a level of service that supports Delta’s ‘no call too small’ approach.”

DPD is the 16th police department to join E-Comm; the fourth in the last four years. Port Moody Police Department moved its dispatch to E-Comm on May 10, furthering E-Comm’s vision of expanding its services to more communities for the benefit of public safety.

“Our team of experienced staff, our technology and our purpose-built facility will help the public and police officers in Delta,” added E-Comm President and CEO David Guscott. “We’re proud to be their partners in public safety.”

It’s been four months since E-Comm became the first point of contact for 9-1-1 callers in the Upper Fraser Valley, and to date almost 17,000 emergency calls have flowed through the communication centre.

“The positive working relationship that was established between our two organizations during the initial transition process has continued to grow stronger,” said Randy Castle, Manager of E911 and Information Technology for the Fraser Valley Regional District (FVRD). “I look forward to continuing to work together in pursuit of our shared goal of ensuring communities within the Upper Fraser Valley receive high-quality 9-1-1 service 24/7.”

At 8:49 a.m. January 19 E-Comm began receiving 9-1-1 calls. The first came in just one minute after the switchover and was a call for the RCMP in Chilliwack. Approximately 60,000 emergency calls per year will now be routed to E-Comm’s communications centre where they will be answered by an E-Comm call-taker before being transferred to the requested agency. Police calls continue to be sent to the Chilliwack RCMP, fire calls to the Fraser Valley Regional Fire Dispatch Centre and ambulance calls to the BC Emergency Health Services dispatch centre in Vancouver.

“The positive working relationship that was established between our two organizations during the initial transition process has continued to grow stronger.”

This transition, the fifth of its kind in two years, has resulted in E-Comm now handling 88% of the province’s incoming emergency calls.

“A great deal of hard work and months of planning went into making this transition a success and none of it would have been possible without the collaboration and hard work of teams from E-Comm, the Fraser Valley Regional District, the RCMP, Fraser Valley Regional Fire Dispatch, BC Emergency Health Services and TELUS,” added E-Comm President and CEO David Guscott.

E-Comm answers 9-1-1 calls for 25 regional districts and communities spanning from Vancouver Island to the Alberta and U.S. borders, to north of Prince George. Learn more by visiting ecomm911.ca. 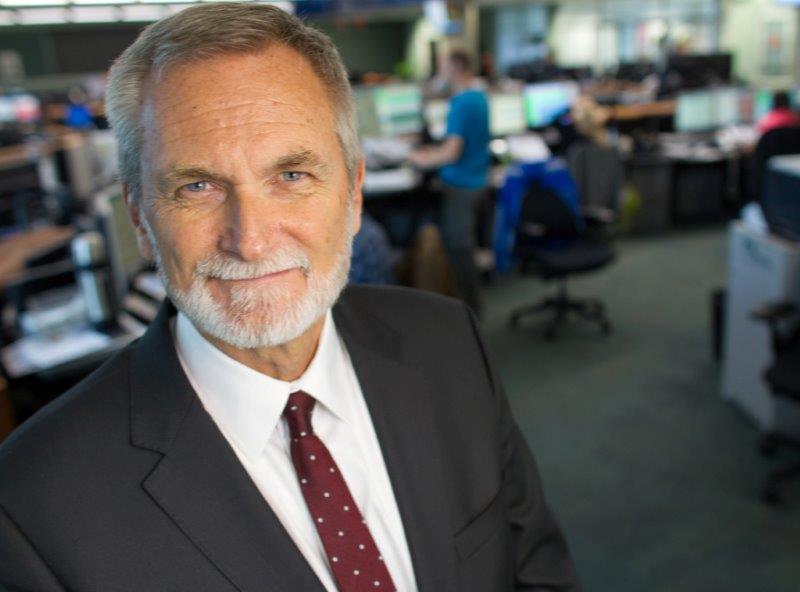 In the first several months of 2016 we’ve welcomed three new partners in public safety to E-Comm—the Fraser Valley Regional District and the Delta and Port Moody police departments. We became the 9-1-1 Primary Public Safety Answer Point (PSAP) for the Upper Fraser Valley in late January, assuming responsibility for their more than 60,000 emergency calls each year. We are also very proud to have become the call-taking and dispatch partner of Delta and Port Moody police on March 1 and May 10 respectively.

Welcoming a new PSAP or dispatch partner takes months of detailed planning by staff of the various emergency service agencies and E-Comm as well as our partners at TELUS. I would like to acknowledge everyone involved for their dedication and hard work leading up to the successful transitions. We’ve provided updates on both the Upper Fraser Valley and Delta changeovers in this issue of e-communiqué and will report on Port Moody in our next edition. We are proud to be their partners and to work to provide their communities with excellent service.

In keeping with our focus on service excellence, the results of E-Comm’s public and stakeholder satisfaction surveys are once again very positive, demonstrating a high degree of confidence in the services and technology our organization provides. In our stakeholder survey, we asked the senior leadership of our radio and dispatch partners to tell us how well we are meeting their requirements and were very gratified to learn that 95% of those who responded are satisfied with E-Comm services. Respondents also indicated that their agencies have strong and trusting partnerships with us. Equally important were the results of a separate survey of 700 residents of the Lower Mainland, where 89% reported confidence in our 9-1-1 and dispatch services. Having the public’s trust is not something that we take lightly—our goal is continuous improvement. The results from both surveys are an encouraging endorsement of our services and a direct result of the collective effort of all our employees and our partners in public safety.

In other E-Comm news, we were pleased to welcome Minister of Public Safety and Solicitor General Mike Morris to our communications centre for a tour and overview of our services. We had the opportunity to discuss the long-term goals of our strategic plan—Vision2020—and provide updates on significant technological advances currently underway such as the planned replacement of the radio system, an initiative we call the Next Generation Radio Program (NGRP). This major technology project remains on track as we continue with the baseline build and planning for agency transitions commencing early next year.

I look forward to continuing to report on E-Comm’s public safety initiatives and longer-term projects—including further updates on the NGRP—in the next issue of our newsletter.

As Canada moves toward implementing Next Generation 9-1-1 (NG9-1-1)—updating and modernizing the country’s 9-1-1 infrastructure by moving to an IP-based system—the resulting impact on emergency communications centres is top-of-mind for industry professionals. It was also the focus of a presentation by E-Comm’s Vice-President of Technology Services Mike Webb at the most recent Canadian Association of Chiefs of Police (CACP) Information and Communication Technology Workshop.

Webb’s presentation highlighted the need to consider impacts of NG9-1-1 from not only technological and operational perspectives but from the human perspective as well. This is because the additional functionality that NG9-1-1 will facilitate will have an impact on 9-1-1 call-takers and dispatchers. For example, text communication will result in the loss of background noise, voice cues from 9-1-1 callers and location information. Receiving photos or videos from emergency situations will also result in significant changes to how 9-1-1 calls are handled in terms storage, privacy and the emotional well-being of staff who come into contact with them. These are all important issues that need to be addressed.

The bi-annual CACP workshop was held in February and focused on furthering the development of the Canadian Community Safety Information Management Strategy, which sets goals and identifies key national priorities to enhance governance, planning, technology, training and exercises in support of enhanced information sharing among community safety stakeholders in Canada. Topics discussed were timely in the context of law enforcement, with leaders and experts exploring the value of new information and communications technologies in challenging economic times and opportunities to maximize service delivery through partnerships and innovation. The workshop also presented ideas about enabling a mobile workforce, protecting our information in times of increasing cyber threats and leveraging business intelligence and analytics to improve community safety.

The next CACP conference will be held in Ottawa later this year. For more information visit CACP.ca.

In appreciation of the hard work and dedication of emergency communications professionals across the province, the government of B.C. declared April 10-16 as Emergency Service Dispatchers’ and 9-1-1 Awareness Week in British Columbia. This week is an opportunity to recognize and acknowledge the daily contributions of 9-1-1 call-takers, dispatchers, report agents, technology specialists and support personnel.

“This is an important week to remind not only ourselves, but the residents of British Columbia about the very important and crucial role that you provide in making not only our communities safe, but in keeping those front line members you work with, safe as well.”

E-Comm staff received many letters of appreciation from partner agencies during the week, thanking staff for their support in keeping their first responders and communities safe. Many also took the time to visit communication centre staff.

This year E-Comm again turned to social media to help spread important public education messages during the week and raise awareness of the proper use of 9-1-1 lifelines. A special campaign also ran on Facebook to promote the availability of free public education materials on E-Comm’s web site.

“We rely on the staff at E-Comm for their communications expertise for the protection of the public as well as ensuring the safety of our police officers under a variety of unknown and challenging situations.”

To stay connected with E-Comm on social media follow @EComm911_info or facebook.com/EComm911info.

“The Vancouver Police Department depends on your support and our path to success depends on our ability to work together towards our common public safety goals.”

“E-Comm’s call-takers, dispatchers, technical specialists and support personnel continue to demonstrate their dedication to public safety and continued high quality of service delivery to the community and emergency service partners.”