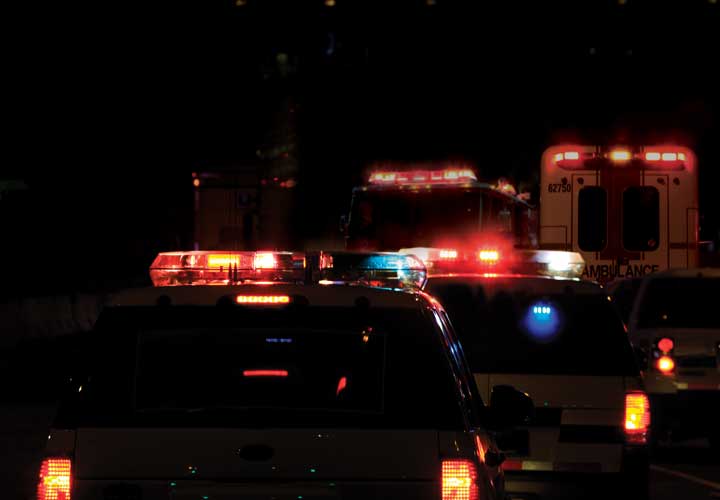 A significant milestone in the replacement of the regional radio system (used by various police, fire and ambulance services in the Lower Mainland and Abbotsford) was recently reached with the selection of Motorola Solutions Canada as the supplier of the new system’s radio infrastructure equipment.

The current E-Comm radio system, first implemented in 1999, had a planned service life of approximately 15 years. It will be replaced with next generation technology over the next three years in a phased roll-out following an in-depth pilot set to commence in the next few months.

“This is a significant public safety infrastructure enhancement and we are determined to continue to manage it in a cost-effective, responsible and strategic manner…”

The new radio system will be based on digital radio technology known as Project 25 (P25) in the 700 MHz band, an open standard that public-safety agencies across North America have widely adopted. This technology was endorsed by the emergency services community following more than a year of consultation, analysis and testing.

“The objective is to implement a new radio system that maintains both public and responder safety, and serves our region as long and as well as the first system that was established almost 16 years ago,” says Richmond Fire Chief John McGowan, chair of the tri-service working group that is overseeing the radio replacement initiative with E-Comm.

“We are preparing to implement a best-in-class digital system that will be even more resilient and reliable in the field, provide higher performance, high security and provide greater audio clarity for first responders, particularly in noisy and hazardous environments,” Chief McGowan adds.

Known as the Next Generation Radio Program (NGRP)—the radio replacement project is now gearing up for a second major milestone—a pilot program set to launch in June. The pilot’s objectives are to test and validate key functions and capabilities of the new network design before moving forward with implementation.

“This is a significant public-safety infrastructure enhancement and we are determined to continue to manage it in a cost-effective, responsible and strategic manner on behalf of our Members, and the men and women of emergency services,” explains David Guscott, E-Comm president & CEO. “The radio program’s top priority is the protection of public and responder safety.”

Because this is a planned transition, Guscott says the annualized cost of the new radio network will be about the same as the annual cost of the current network, even with its enhanced features. “The new radio system will be funded throughout its lifecycle by a continuation of the annual levies that user agencies pay for the current radio system,” he adds. ”The goal will be to maintain the existing stable and predictable annual levies in place now through careful financial planning and oversight.”

The current E-Comm wide-area radio system is the largest of its kind in British Columbia with approximately 9,000 radios in the field, generating more than ten-million transmissions each month. The current and new systems will run in tandem until each agency is transitioned on. It is anticipated the new radio system will be fully rolled out across Metro Vancouver and in Abbotsford by the end of 2017. 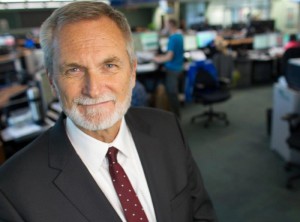 The first few months of 2015 have been busy ones and there’s no sign of the pace slowing as major emergency communication initiatives advance. Chief among them is the Next Generation Program, a multi-year initiative that will enhance radio communication among first responders in the Lower Mainland and parts of the Fraser Valley.

The selection of Motorola Solutions for the provision of infrastructure equipment sets the stage for pilot testing of the next generation’s technology design and capabilities. The pilot will be carried out under the careful supervision of E-Comm technical specialists and our partners in emergency services who are overseeing the entire radio replacement initiative. The expertise, collaboration and rigour employed by police, fire and ambulance representatives from Coquitlam, Delta, New Westminster, North Vancouver, Richmond, Surrey, Vancouver, BC Emergency Health Services, RCMP Informatics and Transit Police, will ensure a resilient, best-in-class radio system that supports responder and public safety, is in place for years to come.

On that note, the recent Government of Canada announcement of a full 20 MHz of 700 MHz radio spectrum will be designated for public-safety broadband use, is extremely positive news for the emergency services community. This spectrum will facilitate future mission critical wireless capabilities including high-speed transfer of data and video between agencies and jurisdictions during emergencies. The next generation radio system E-Comm and our partners are implementing is complementary to these future wireless technologies.

On the financial front, I am pleased to report some equally important news. As a result of significant new partnerships over the past few years, E-Comm will eliminate the last of its deficit in 2015, three years ahead of schedule. This deficit is the remnants of our original start-up, related to dispatch operations, more than 15 years ago. In addition, I am also pleased to report that most radio shareholders received rebates on their shared radio levies of an average of 3.8% in 2015.

These positive results are made possible due to previous years’ expansion of services and technology partnerships, and our commitment to cost containment, while emphasizing technical, operational and organizational efficiency and effectiveness to maximize the overall value that E-Comm provides.

To honour the life and contribution of Delta Fire & Emergency Services’ Acting Battalion Chief, Captain Mark Janson, a firefighter procession was held on January 28, 2015. And in an unprecedented show of support and collaboration, fire services from across the Lower Mainland joined forces to provide the opportunity for all Delta firefighters to attend the procession. They did this by staffing all Delta halls for approximately six hours.

With the support and collaboration of the Greater Vancouver Fire Chiefs Association (GVFCA), President Chief Tim Armstrong (New Westminster Fire & Rescue Services), led the planning for what became the largest mutual-aid fire event of its kind. The planning unfolded in record time thanks to the contribution of many individuals.

“This was a great opportunity to test interoperability and communications between various agencies,” said Chief Armstrong.  “We have many available resources outside our respective borders and we need to build on this so we are better prepared for events that potentially overwhelm our own resources.”

The Chief added that this would “include Chief Officers outside our departments to support command and control as well as assisting with logistics and planning functions. I encourage members of the GVFCA to help build the future of mutual-aid and interoperability in the Metro Vancouver area.”

E-Comm—dispatch partner of both Delta and New Westminster Fire—was asked to develop a communications and dispatch plan to support the numerous operational logistics, which included connectivity between two radio systems and dispatch centres.

“E-Comm worked with Delta and our partners to set-up a highly commendable interoperability system that made this event possible,” noted Chief Dan Copeland, Delta Fire & Emergency Services. “It transpired to be a very busy morning, and the efforts of all involved would have been looked upon by Captain Janson as the kind of collaboration and mutual respect he was known for.”

An hour after the procession began there was a serious motor vehicle accident south of the Massey Tunnel combined with multiple other events. This major accident led to a significant spike in 9-1-1 call volume, which ultimately put the operational plan and fire agencies to the test.

In a special presentation and debrief to the E-Comm Board of Directors, Chief Armstrong, joined by Richmond Fire Chief John McGowan and Delta Deputy Chief Ken Sim, advised this was a highly complex event that demonstrated the value of integrated communications and mutual-aid across all municipal boundaries.

“The Board extends its congratulations to the GVFCA and the tremendous efforts of all contributing departments and firefighters,” said E-Comm Board Chair Jocelyn Kelley. “It is also important to acknowledge E-Comm Fire Manager Jennifer Gjaltema for her leadership and expertise in the planning of this mutual-aid event and to the call-takers and dispatchers on duty that day.”

This spring the Sunshine Coast Regional District’s (SCRD) Search and Rescue team, in partnership with E-Comm, successfully implemented a new paging service after the SCRD learned its existing service would end at the end of March. Finding an alternative to this service was critical as the paging function is an important tool in notifying members about search and rescue incidents, especially in areas where cellphone coverage is limited.

“E-Comm was extremely helpful throughout the entire process and we’re really grateful for the assistance they continue to provide.”

Planning for the implementation of the new service began last fall, after it was determined that the service already being used to notify SCRD fire departments whenever an incident is reported could also be used for Search and Rescue purposes. Under the new service, E-Comm fire dispatch acts as the intermediary between SCRD’s Search Manager and the reporting agency (such as the RCMP). Once a search and rescue incident is reported, the fire dispatch team will page the Search Manager through the radio network, who must confirm receipt of the page by calling back. They will then proceed to contact the reporting agency for more information before relaying the incident to their team members.

“The integration of paging services between our fire departments and search and rescue functions bring a more reliable service, significant savings, and improved coordination for incidents requiring joint response,” explains Emergency Program Coordinator for the SCRD Bill Elsner. “E-Comm was extremely helpful throughout the entire process and we’re really grateful for the assistance they continue to provide,” adds SCRD’s Deputy Emergency Planning Coordinator and Roberts Creek Fire Department Inspector Bruce Searle. “We were all amazed at how fast the project was implemented.”

The new system was complete and officially mobilized March 9.

During an emergency 9-1-1 is a critical lifeline that connects those in need with first responders, and children who know how and when to call 9-1-1 can save lives. This year, as part of Emergency Service Dispatchers’ and 9-1-1 Awareness Week (April 12 – 18), E-Comm call-takers and dispatchers reached out to parents and caregivers, urging them to take time to teach their children about 9-1-1.

“Knowing how to dial 9-1-1 is important for children of all ages, and we have lots of information, tips, and free learning materials available in a variety of languages on our website,” explained E-Comm’s Director of Corporate Communications Jody Robertson.

“Your consistent approach to improving the quality of service for the citizens of Richmond and members of our detachment is exceptional and
cannot be overemphasized.”

In appreciation of the hard work and dedication of emergency communications professionals across the province, the government of B.C. declared April 12-18 as Emergency Service Dispatchers’ and 9-1-1 Awareness Week in British Columbia. This week is an opportunity to recognize and acknowledge the daily contributions of 9-1-1 call-takers, dispatchers, technology specialists and support personnel.

E-Comm staff appreciated the many letters from partner agencies that were received during the week, highlighting the value they bring to supporting emergency responders.

E-Comm staff were proud to support the Greater Vancouver Food Bank Society during #911AwarenessWeek by raising 1,264 items in food and cash donations.

“We are proud partners of the E-Comm service and wish to support with great enthusiasm the Emergency Service Dispatchers’ and 9-1-1 Awareness Week in British Columbia.”

“I want to express our thanks and appreciation for the excellent services you provide in making not only our communities safer, but in keeping our members safe as well.”