A national public safety organization has recognized E-Comm’s response and coordination to the massive fire that engulfed the New Westminster waterfront in September 2020.

Each year, the Association of Public-Safety Communications Officials Canada (APCO Canada) recognizes teams and individuals across the country who demonstrate excellence, leadership and passion for what they do.

“On behalf of our entire community, congratulations to E-Comm’s fire dispatch teams on this recognition for the outstanding and sustained response to last year’s fire at Westminster Pier Park,” said New Westminster Mayor Jonathan Cote. “The response underscores the importance of collaboration across agencies in emergency response and the pivotal role E-Comm plays in ensuring that happens.”

“The support we received from E-Comm dispatchers through coordination of mutual aid during a prolonged and challenging fire situation on our waterfront meant our crews could focus on the task with the knowledge that our community was protected,” said Deputy Fire Chief Curtis Bremner, New Westminster Fire & Rescue Services. “Congratulations to the entire team at E-Comm for this well-deserved recognition.”

“Teamwork is an essential component of E-Comm’s mission to deliver exceptional emergency communications services in B.C.,” said Oliver Grüter-Andrew, E-Comm President and CEO. “I am proud of how our fire call takers and dispatchers worked together and stepped up to manage day-to-day activities along with the ongoing and coordinated response to the New Westminster Pier Park fire.”

E-Comm received the award during a virtual presentation at the APCO Canada 2021 Conference and Trade Show on October 28. 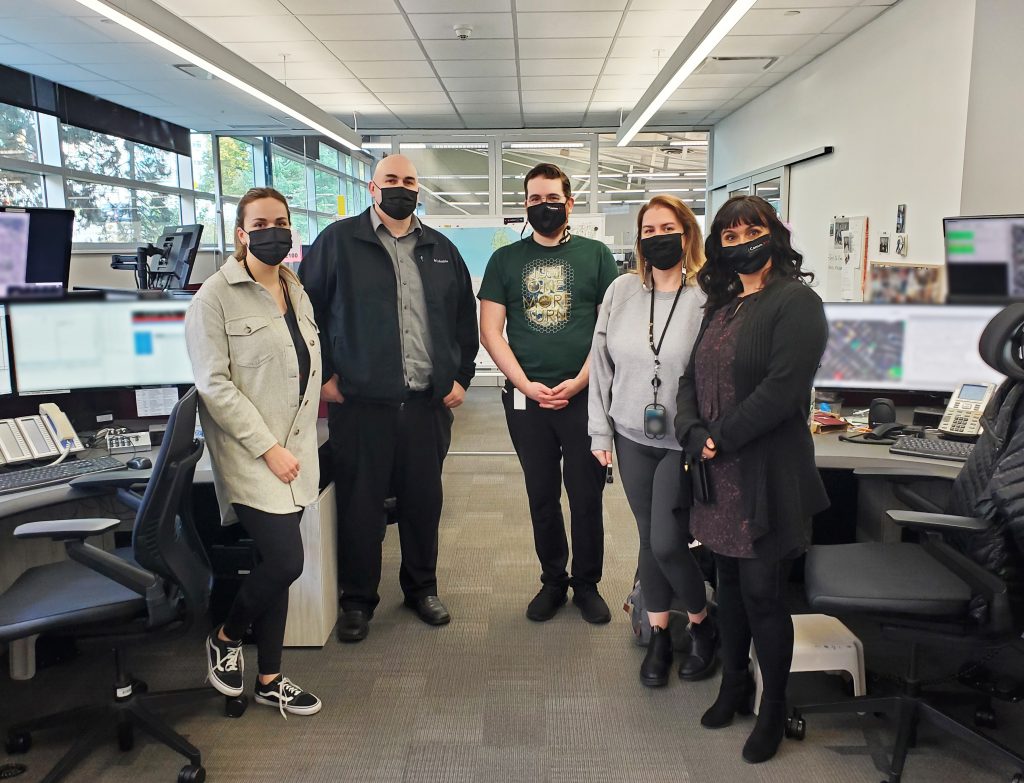 About E-Comm
E-Comm is the first point of contact for 9-1-1 callers in 25 regional districts in British Columbia and provides dispatch services for more than 70 police agencies and fire departments across the province. E‐Comm also owns and operates the largest multi‐jurisdictional, tri‐service, wide‐area radio network in the province used by police, fire and ambulance personnel throughout Metro Vancouver and parts of the Fraser Valley.

About APCO Canada
The Association of Public-Safety Communications Officials, Canada, Inc. is a voluntary, not-for-profit organization dedicated to the enhancement of public safety communications. It serves the people who supply, install and operate the Emergency Communications Systems used around the Country from coast to coast to coast. Members come from every type of public safety organization in the country, including 9-1-1, police, fire and emergency medical services as well as emergency management, disaster planning and federal search and rescue personnel.