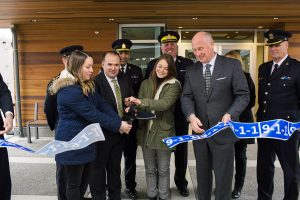 The Centre will handle an estimated 100,000 9-1-1 calls each year from central and southern Vancouver Island residents and is dispatching for 15 police agencies.  Find out more.

Here is a gallery of images from the official opening.